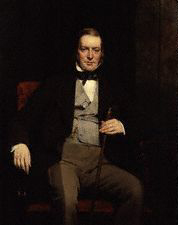 This is a page I have recently updated.

While Sir William Molesworth was very much an Englishman, he had a lot to do with Australia’s early history, particularly that of South Australia and Adelaide.

His story is about early Australia and his campaigns and battles in parliament, so I thought he deserved a place in the front of Australian history.

I have added some information on him and his speech in parliament where he attacked Lord Glenelg calling for his resignation as Secretary for the Colonies. On this page you will also find a link to a book produced on a selection of his speeches.

While most of his campaigns were from the 1830 it wasn’t until July 1855 that Sir William was appointed secretary for the colonies a position he held until his untimely death.

His speeches led to the resignation of Lord Glenelg as the Colonial Secretary a position later held by Sir William Molesworth. He was also responsible for the removal of Governor Hindmarsh who he considered had done a poor job in South Australia.

Sir William Molesworth was one of the architects along with Lord Wellington of the development of free settlements with no convict content in the region which led to the creation of Adelaide in South Australia and Wellington in New Zealand.

There is also some evidence that Adelaide was at one time to be named Molesworth in his honour in the same way as Wellington in New Zealand received its name from Lord Wellington as these two were the main campaigners for the creation of the two settlements. Adelaide ended up with a street named after Sir William while the men he removed from power Glenelg and Hindmarsh both got a suburb.

He had much concern about the treatment of the convicts and the practice of flogging, eventually having the practice stopped. He also questioned Glenelg and Hindmarsh about his observation of the decline of the Aboriginal inhabitants in South Australia which he presented in his speech to parliament in England on Lord Glenelg which can be found at the end of this page.

His other campaign was for the abolition of the transport of convicts. This was another campaign where he was successful in achieving a result in his favour.