Well we have finally started. After getting the first service on the Land cruiser when they fitted the 12 pin electrics along with the brake controller and an Anderson plug we got up in the morning on Tuesday to leave but first we had to go back and get the levelling hitch fitted at the caravan yard about 40k away before hitting the road. hitched the van on connected the Anderson plug and then opened the twelve pin connection on the car only to find they had fitted a male connector. waited for Toyota to open and called them. Sorry they said bring it back and we will change it. 60k round trip to get it done and then finally picked up the van from Warburton and headed for Kilsyth the get the rest done. (lost 2.5 hours) got the hitch fixed and we were on our way. We considered stopping overnight but decided to go through to Rainbow arriving at 10PM so we thought we might just camp outside the park in the street and move in in the morning. Not to be Leanne, the caravan park manager, heard us and came out to guide us into a site.
So hear we are for a while. 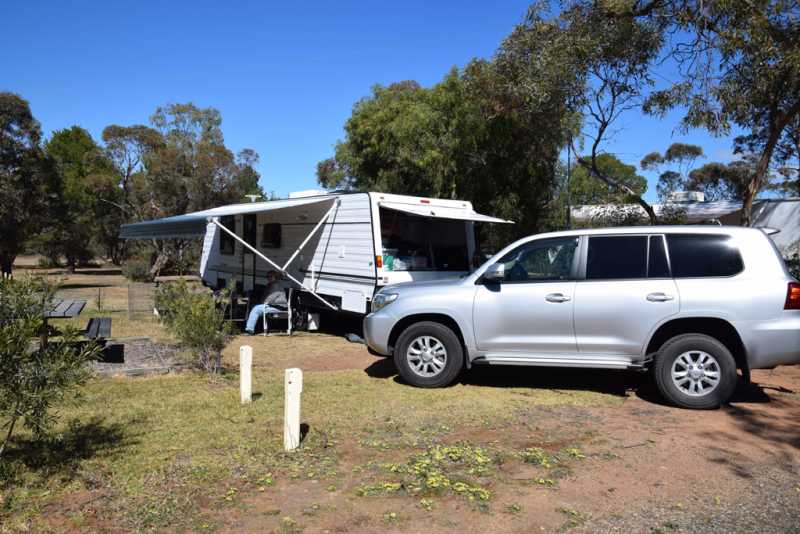 Settled in at the Rainbow Caravan Park